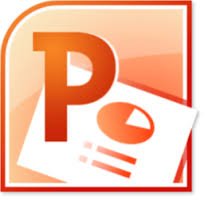 Some of the largest-scale chemicals are produced via catalytic oxidation, often using oxygen. Examples include nitric acid (from ammonia), sulfuric acid (from sulfur dioxide to sulfur trioxide by the contact process), terephthalic acid from p-xylene, and acrylonitrile from propane and ammonia. Many other chemical products are generated by large-scale reduction, often via hydrogenation. The largest-scale example is ammonia, which is prepared via the Haber process from nitrogen. Methanol is prepared from carbon monoxide. Most carbonylation processes require metal catalysts, examples include the Monsanto acetic acid process and hydroformylation

Catalysis is the process of increasing the rate of a chemical reaction by adding a substance knownas a catalyst , which is not consumed in the catalyzed reaction and can continue to act repeatedly.Because of this , only very small amounts of catalyst are required to alter the reaction rate in principle.

In general , chemical reactions occur faster in the presence of a catalyst provides an alternative reaction pathway whit a lower activation energy than the non-catalyst mechanism. In catalyzed mechanisms , the catalyst usually reacts to form a temporary intermediate , which than regenerates the original catalyst in a cyclic process. A substance which provides a mechanism with a higher activation energy does not decrease the rate because the reaction can still occur by the non-catalyzed route. An added substance which does reduce the reaction rate is not considered a catalyst but a reaction inhibitor.